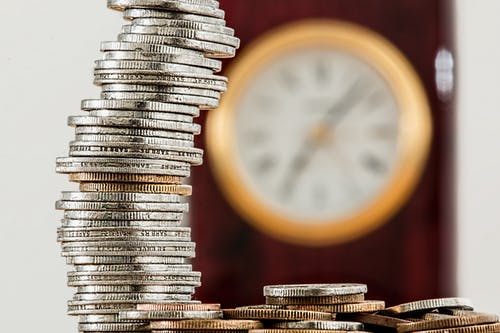 ‍Let’s start with your pension…

IF I told you that every month you are actively investing in firearms, strip mines, and animal testing you’d probably be a little shocked?  OR, if I asked what size mortgage a bank is willing to lend you, could you give me a rough amount?

To be honest it hadn’t really mattered up until now.  However, if you’re lucky enough to remember the fact that the internet once made noises, but not so old that your favourite children’s entertainer is probably in jail, then this will be of interest to you.

Over the next seven episodes I’m going to do my best to explain to you how your personal finances work; and why the time is right for you to start making plans for the future.

What on earth is a pension?

You’ve probably noticed fairly recently, that if you are an employee, your monthly pay cheque has decreased a little. This is because the amount you pay into your workplace pension has been increased from a small amount to an amount you’ll probably notice missing.

So what is a workplace pension?  Simply put, the powers-at-be realised about 10 years ago, that a lot of us would live to see 100, but don’t actually have a pension.  Or savings.  Or a house.

So basically, in came this new law phased in over the last 6 years which made it a legal requirement for your employer to enrol you into a pension without having to ask you.  Now that’s the key part, without asking you.  You see usually, if you ask someone if they want to do something sensible, and that thing costs them money, they’ll say no.  They named this legal framework‘auto enrolment’, aka ‘your workplace pension’.

Anyway, auto enrolment has initially been a success, and the level of “opt outs” has been really relatively low. Which is great.  However, now that the amount we pay in has gone up a little, those - in particular living from pay cheque to pay cheque -may want to sack it off.

You really, really should continue to pay in, because the benefit you’ll get out is going to be a godsend in the years to come.

And this is why.

Let’s say you earn £30,000 a year (your scheme deductions will be subject to the certification type chosen by your employer) you’ll be paying in from your pay cheque £100 a month. But Mr Government will increase that to £125. Okay so not great, but also your boss has to pay in £90 a month.  So by paying in £100 of your own money, you’ll actually be putting aside £215 a month.

Point 2.  Less tax. If you decided not to pay into your pension, that £100 has been taxed and no reclaim is available. So by giving up £100 of your hard earned cash (take home pay), you’ve turned that £100 into £215. (Amounts are provided as for illustration purposes only and should not be relied upon for scheme comparison).

Ok, £215 a month isn’t going to afford you a feet up retirement somewhere hot. Although in the year 2060 it might, because Bracknell could be an arid dessert at the rate we are going… you get the point.  What you need to remember is the £200 odd pound a month doesn’t sit in a bank account earning very little interest.  It’s actually invested into the stock markets.  Which means it’s hopefully going to grow to a considerably larger amount. This will vary, and I’m going to cover this in a different episode because there’s loads to think about here and you’re probably bored.

SO, what happens with this now massive pot of dosh?  Well while you’reworking, not a lot happens really.  Until your age 55 you cannot touch that money. Unless of course you die.  Which brings me on to the next point.  If you haven’t done so, you need to log in and select your beneficiaries.  Why? Because if you kick the bucket then they get that sum of cash tax free.  Your beneficiary can be whomever you want. Girlfriend / boyfriend / dog.

Most of you will have your workplace pension arranged through Nest, The Peoples Pension, Royal London or one of the other big insurance companies… all of which will have a login for you. From here you can manage your pension.

So providing you don’t die and make it to 55, you can now spend your money. 25% of the funds are available to you tax free.

The rest you can drawdown in the form of taxable capital or income as and when you wish. Again, this makes sense not to do if you are still working, because you’re taxed at your current tax rate. May as well wait until you’re earning less, so you pay less tax.  Or you can buy an annuity; to be honest I doubt these will exist in 30 odd years, so I won’t waste your time by explaining.

Now, I hope that’s given you a little more knowledge on what your pension actually is.

There are so many considerations surrounding this, and obviously the more you earn and contribute the more complex and beneficial a pension plan can be. So if you do want to if you want to chat this through please drop me an email.

This information should not be relied on as a pension recommendation or for financial planning purposes.